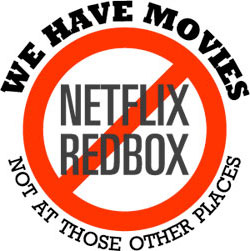 Review: 'Clerks III' is a heartfelt declaration to living life to the fullest 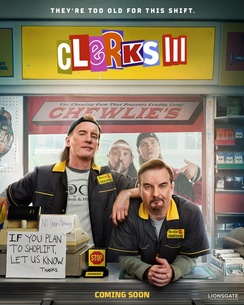 Look, I make no apologies. I absolutely adore Kevin Smith. I have been fortunate to meet him on several occasions and even introduce him during the Red State stop at my alma mater, Butler University back in 2011.

Heck, my daughter was conceived that very night, and no, prima nocta was not invoked by Smith. So, if you're expecting anything less than a glowing review, then I'd recommend you keep searching.

And yet, not two minutes into Clerks III, I was full-on cursing Kevin Smith for one particular event that occurred in the interval between Clerks II and the latest movie. I will try to avoid as many spoilers as possible, but no guarantees. Somehow, I was able to navigate the minefield before watching it and I truly hope that you go into it as pristine as possible.

Clock back into the CLERKS universe for writer-director Kevin Smith's third entry of his iconic comedy series. Once again behind the counter of Quick Stop, Dante (Brian O'Halloran) and Randal (Jeff Anderson) are still hanging out with Jay and Silent Bob (Jason Mewes, Kevin Smith), handling quirky customers, and sneaking off for rooftop hockey. But after Randal has a heart attack, he's determined to make something of his slacker life â by shooting a movie about it! Featuring Rosario Dawson, a host of celebrity cameos, and Smith's signature humor, CLERKS III is a hilarious and nostalgic capstone to the CLERKS legacy â nearly thirty years in the making.

Five minutes into Clerks III, it's abundantly clear that this movie is quite different than the previous films in the franchise. Gone is the irreverent, carefree attitude that comes from the innocence of youth. No, it's pretty clear that Kevin Smith has stared down the barrel of death and returned a changed man.

If you simply take the Clerks trilogy on its own, you really get a feel for Kevin's continual evolution as a filmmaker. The original Clerks is his artistic calling card announcing his arrival on the indie filmmaking scene.

From waxing intellectually with his interstitial cards of impressive sounding words to using the economic decision to film in black and white as a stand-in for an unseen security camera, Clerks is basically Kevin Smith resume that would open doors for him in Hollywood for the next 30 years. But it also struck a nerve with young adults in the early 1990s, of which I was one.

After stretching the bounds of his particular brand of humor in the following films, Kevin refined his brand even further with Clerks II. In lieu of playing hockey on the roof of their retail establishment, his characters were now leading a full-blown musical number in the middle of the movie. Towards the end of the movie, Kevin dropped a major tonal shift to the whole franchise that sort of coincided with his (and ours as audience members in his same age group) own introspections into his life and legacy.

Dante and Randal buying the Quick Stop at the end of Clerks II seemed like a nice closure to their journey from indignant Clerks to responsible local business owners. And then, Kevin Smith had a heart attack in real life and suddenly, he had more to say through his on-screen mouthpieces.

Honestly, all I knew about Clerks III going in was that Randal has an epiphany after surviving a massive heart attack and decides to make a movie about their lives as convenience store clerks. That's it. I figured it would be one long meta-expression of jokes from Kevin's life and while that is certainly the case, it was clear five minutes into the flick that all bets were off the table.

It's clear that while Randal was the most direct parallel to Smith's own heart attack experience, the loss experienced by Dante was new territory for him and one that was a bit off-putting at first. If you're thinking that you'll be getting a rehash of Jay and Silent Bob antics and Star Wars jokes, you will be disappointed.

Well, somewhat disappointed. Don't worry, there's plenty of that stuff and to be honest, it just hits a bit differently in the context of this new film where the characters (and audience) have seen some shit in the last decade plus. I really should have seen where Clerks III was going from the onset, but I was blinded by my absolute belief that Kevin Smith would only tiptoe into the cathartic waters of absolute demise.

I was severely mistaken. In the span of ten minutes, I was absolutely and emotionally gutted to the extent that I didn't think was possible. I never saw it coming and that speaks volumes to Smith's growth as a filmmaker. While I love every single Kevin Smith film to date (yes, even Tusk and Yoga Hosers, they don't tend to linger in your mind after seeing them.

They are great for a few chuckles and the warmth of checking in on characters that are every bit as family as your real relatives, but I wouldn't consider them to have the emotional resonance of classier Oscar-bait movies. Sure, Chasing Amy has its moments and Red State is one that stuck with me for many months, but on the whole Kevin Smith isn't known for eliciting such an emotional reaction with his movies.

That all changed with Clerks III.

Suddenly, it all made sense. That moment of disgust from the opening moments over a certain character's fate in between movies transformed into the binding moment that holds the entire franchise together. Suddenly, Kevin Smith was no longer simply the dick and fart jokes guy, but a real auteur who is capable of moving and surprising an audience in a way that truly warps your mind for weeks on end.

To put it simply, did I love Clerks III? Without a doubt. However, I loved it for reasons that were foreign to me going into it. Now that we are in the unknown period of what Smith will tackle next, one thing is for sure.

Wherever he goes next, we have to expect the unexpected and you better believe that I'll be there to witness it all.

Clerks III is now available on Blu-ray and DVD.